AB InBev Offers to Pay Distributors for Their POS Marketing

An Offer They Apparently CAN Refuse

“The world’s largest brewer last month introduced a new incentive program that could offer some independent distributors in the U.S. annual reimbursements of as much as $1.5 million if 98% of the beers they sell are AB InBev [ABI] brands. This according to two distributors who requested confidentiality because they were asked not to discuss the plan. Distributors whose sales volumes are 95% AB InBev brands would be eligible to have the brewer cover as much as half of their contractual marketing support for those brands, which includes retail promotion and display [POS] costs.

AB InBev, which introduced the plan at a meeting of distributors in St. Louis, estimates participating distributors would receive an average annual benefit of $200,000 each.

The company, which has more than 500 distributors nationwide, said the incentive program is part of a three-year plan to restore growth in AB InBev’s most profitable market. It includes additional marketing and sales commitments of about $150 million next year.”

The St. Louis Confidential-Incentive Plan or what we’re calling “SLCP” is part of ABI’s new incentive plan to stop and hopefully reverse its declining US sales volumes. Once commanding nearly 50% of US beer market share, ABI’s output has declined by 11 million barrels since 2008 placing ABI, still huge by any standards, at a reduced market share of “only” 45%. Craft, once barely a footnote in annual beer production reports, has grown to an 11% market share as of 2014 (according to Brewers Association data).

The WSJ article spends a fair amount of column real estate discussing what are termed as “competition concerns", going so far as to suggest that craft brewers fear that ABI’s POS incentive program (SLCP) could “squeeze out America’s craft brewing industry” or constrain US beer distribution (and distributors).

On the one hand, I do understand how craft brewers could come to the conclusion that they will be under new (and unfair) challenges for shelf-space because ABI’s SLCP will be backed by the financial clout only ABI can bring to beer marketing.

On the other hand, it is difficult to imagine that many distributors will jettison popular and profitable craft brands in the hopes that beer buyers and consumers will switch back to Bud Light from a craft brewed IPA, for example. As one consumer remarked, “Bud Light and Ranger IPA or Zen are simply not fungible products, beyond all being beers, that is.”

According to another source, Beer Business Daily (November 23, 2015 issue):

“First round of reactions from A-B wholesaler readers are coming in. Says one: ‘Already hearing that few [ABI] wholesalers will change unless they're already at or near 98%. Why would anyone in their right mind, give up the long-term success of a brewery in a category that’s up double digits [craft] for a partner that just bought SAB? The best way for AB to get us to 95% is not to ask us to jettison our craft brands or decline potential new ones, but simply to sell more of their beers.

On the other hand, as of December 4, 2015 (WSJ), at least one distributor, Grey Eagle Distributing, St. Louis, has dropped a craft brewer because of the SLCP incentive program. According to the dropped craft brewer, Deschutes Brewery, Grey Eagle decided to drop Mirror Pond Pale Ale because the distributor “. . .had to make a choice to go with the incentive program or stay with craft.”

Yet, several ABI distributors (who wish to remain anonymous) I’ve talked to have basically echoed the comments above from Beer Business Daily, one of them saying,

“If Bud Light, for example, would be purchased in equal measure to what I lost by dropping craft, it would be almost a miracle. The issue is our market probably consumes a little less than 10 million case-equivalents of Bud and just over 1.2 million case - equivalents of the crafts I distribute. Simply dropping the crafts from my sell sheet would not likely cause an equivalent increase in my sales of Bud Light. I mean Bud and the crafts just aren’t interchangeable products. In fact, Miller even has TV commercials that makes fun of people who say ‘I’ll have a light beer, any light beer, when what they should have said was I’ll have a Miller Lite beer,’ suggesting that Miller Lite is a completely different product than other light beers.”

“What would happen is that another WD in my city would pick up the craft I dropped and my competitor would ramp up sales to our market demand of 1.2 million cases, meaning the revenue dollars would now go to my competitor rather than to me. Maybe I would sell a little more Bud Light than I did before — but that's a leap of faith most ABI WD owners aren't willing to take these days.”

Where Does OnTrak Software Fit

Now, we know at least one thing — we don’t have a crystal ball. We also know something else. Regardless of your adoption of the St. Louis Confidential Plan to take ABI up on their new POS incentive — or expense recovery — program, or not, there is something to consider.

You will be placed in the best possible position of all to make the most of your decision if you have a digital tools that helps you Track, Measure and Manage your investments in retail promotion and display costs (your POS), not simply the ability to order POS almost as an afterthought.

That being said, should you choose to embrace the new incentive plan, it will be incumbent upon you to have the data at the click of a mouse that our digital tools like SignTrak and PermaTrak captures and reports on in order to maximize your POS expense recovery and ROI.

On the other hand, should you choose to “stay pat” and work with your craft and import suppliers, you’ll want to be able — with equal confidence and ease — to report on your marketing support of their brands, and lobby for their participation in-kind.

For more information about OnTrak Software and the digital POS Tracking software tools many ABI beer distributors are using, please click this button: 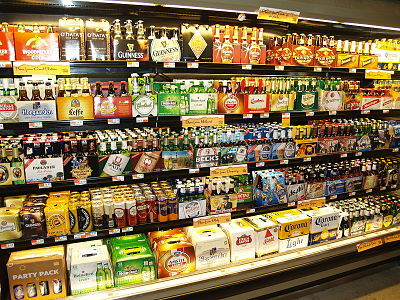