In our previous blog — December 13, 2015 — we looked at Anheuser-Busch InBev’s (ABI’s) new incentive program which ABI estimates will offer participating distributors an average annual benefit of $200,000 each, with as much as $1.5 million annually for some of ABI’s largest distributors.

For our take on this program, please refer to the previous blog:

What Problem Is ABI Trying to “Fix”

Today, I'd like to to take a look at why ABI chose as one of the pillars of its new marketing plan to support a distributor’s contractual marketing support spending by covering up to 75% of the retail promotion and display costs for those distributors if 98% (by volume) of the beers they sell are from the ABI portfolio.

According to the Wall Street Journal, ABI’s stated purpose for the marketing cost reimbursement plan is to “reverse declining volumes in the US” by encouraging distributors to reduce the number of non-ABI brands they offer their customers.

Apparently, the thinking is that one of the reasons for the declining sales volumes of ABI’s beers is that distributors are not focusing sufficiently on the ABI brands, choosing instead to focus too much on non-ABI brands.

Perhaps, too, ABI imagines that the distributors need to increase their use of and spending on retail promotions (POS) as a way to stimulate more sales.

Yet, many distributors see this incentive program as meaning, at least in part, that ABI believes the distributors should greatly curtail or stop marketing and selling beers from the exploding list of craft breweries; and, of course, reduce or stop selling non-ABI imports, too.

ABI may be assuming that should a significant number of their over 500 distributors drop some or all of their craft and import offerings it will reverse the ABI sales decline especially of the macro-brews Bud and Bud Light. Such a reversal could increase ABI’s market share from its current 45%, perhaps even back to its former near 50% market-share status. At the very least, one could easily conclude, ABI — at least — wants to stop their volumes from declining.

Could this strategy actually work?

Well, like most questions, the most accurate answer is “it all depends.” Our answer to that question, based on conversations with beer distributors and personal observation, is “maybe.”

Several — and it is perhaps even more accurate to say “many” (see resources, below)— studies have shown that there is a lack of conclusive proof that at-retail alcohol advertising increases overall levels of aggregate consumption among both adults and young people. However, according to at least five studies (that I could find) on the impact of alcohol advertising at the point-of-sale: Advertising has a measurable effect on market-share for brands and a substitution effect between brands. And, as noted, ABI is seeking to regain lost market share.

Although the amount of advertising for all beverage types has increased dramatically over the past century, government data shows that the consumption of beer, wine, and spirits in the United States has remained relatively constant. In fact, per capita consumption levels in the year 2000 did not differ dramatically from those during the year 1900. Again, advertising has a measurable effect on market-share for brands and a substitution effect between brands.

On the other hand, according to the CDC, “Point-of-purchase (POP) [i.e., at-retail] marketing, including alcohol advertising and placement, can increase alcohol sales and consumption substantially.” Also, CDC studies have concluded, “POP marketing can increase beer sales [vs. not having POP marketing] by as much as 17% and influences consumer purchase behavior, as 70% of a buyer's purchasing choice occurs after the buyer enters the retail establishment.” The CDC studies also note, “Persons aged 21-27 years are more likely to purchase beer in convenience stores and liquor stores than in supermarkets and drug stores [where POP promotional materials are prevalent].”

Anheuser-Busch, as I learned at the following link, has a long history of successfully utilizing POS to sell its products.

ABI — Our Heritage and History in Marketing and Advertising

As I put all of the scholarly, business and promotional publications I had researched on my desk, what struck me was that POS has now come full circle - Starting in 1852 and growing rapidly until Prohibition, then starting all over again in 1933; Then gaining steam until 1950 when emphasis began building in the fledgling visual media, TV; Then once again beginning somewhat of a shift back to local point-of-sale marketing.

Things began to gain headway with the explosion in the number of TV channels and the proliferation of DVR’s, permitting TV advertising to be skipped by a viewing public not willing to tolerate programming interruptions.

Conclusion: POS Marketing is More Important Now than Ever

Having all of the above as the prequel, it is easily concluded that POS is more important now than it has been in well over a couple of decades. And, by more than one account, it is possible that increasing the quantity of beer POS is likely to increase a brand’s market share, if not the total demand for beer, generally speaking.

But, it bears noting that US beer shoppers and consumers today have between 13,500 and 20,000 unique beer brands to choose from (NBWA data), and the most impressive “style” of beer growth over the past decade has come from craft brewers.

Craft sales have grown, recently, at nearly 20% year-over-year while the macro-brewery brands have seen either virtually flat growth or, in some cases slow but steady decline. Given this reality, it is hard to imagine how POS marketing can and will stop, let alone reverse, macro-brewers declining sales volumes.

If we had reached a point of craft saturation — where very few new craft breweries and brands were coming to market — I could argue the case for the growth of ABI’s sales of Bud and Bud Light if for no other reason than the expansion of the population.

Yet, all available evidence suggests craft is nowhere near saturation. After all we’ve grown from 96 US brewers in 1977 to an estimated 4,144 brewers in 2015 (Brewer’s Association data, December 2015).

If ABI’s distributors could, financially, afford to sell 98% of their volume from ABI’s brand portfolio, evidence suggests their competitors would be the likely beneficiaries, picking up the ABI distributor’s jettisoned craft labels and fulfilling swelling market demand for craft.

Essentially what we are witnessing is the limitation [based upon] the extent of the market (Adam Smith, “Wealth of Nations,” chapter 3, page 24). Fundamentally, this suggests that US demand for macro-brewers lagers and light lagers appears currently to be at maximum.

POS probably can increase the market share of Bud and Bud Light (vs. MillerCoors competing brands, for example). What is much less clear is if POS would actually prevent the steady encroachment of craft beer as a percentage of the total US beer market.

After coming to the above conclusions, what is clear is that what is needed is not just more POS, but POS-tracking — to help speed POS to market and reduce POS waste, POS-measurement — to find the positive correlations between POS initiatives and sales, and POS-management — to provide suppliers, distributors and retailers with actionable information and to assure the middle-tier receives all available incentives from ABI and other supplier’s marketing support programs.

To learn more about OnTrak Software’s digital tools to track, measure and manage your investments in POS Marketing, please click the following button: 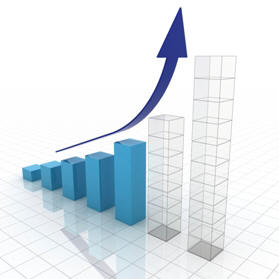 Whitepaper: “The effect of Point of Sales Promotions on the alcohol purchasing behavior of young people in metropolitan, regional and rural Australia” Published online: 06 Sep 2011 -ro.uow.edu.au/cgi/viewcontent.cgi?article=2155&context=artspapers