Recently I reviewed some of the information published by the NBWA about beer, including brewing (suppliers) and distribution. Also, as a subscriber to Beer Business Daily, I regularly review additional content from BeerNet . I also consult several other sources for information pertaining to the US Beer Market, including: Brewers Association, datatante  and Beeradvocate.

The Number of Brands

According to these sources, there were somewhere between 13,500 and 20,000 unique beers (sku’s) available for sale to US beer drinkers in 2015. The number of new beers and new breweries coming on line is indeed impressive, too.  It is accurate to say that beer choice is currently under little, if any, threat of being consolidated. In some respects, beer brand and product diversity — shrinking at more than one point in time since the repeal of prohibition — is now exploding.

The Growth of Breweries

Here’s a quick overview of why the availability of beer labels is growing so rapidly. Technically, in 1932 there were 0 (zero) breweries in America. In 1933, however, after the repeal of prohibition, the number of breweries grew to 331. And, while going from 0 to 331 may seem impressive, in 1919, the year before prohibition was enacted, there were 669 breweries. In the interests of brevity, here’s a table showing the progression of the number of US breweries:

Brewery growth during 2014 was on a nearly 19% annual pace, and over the past several years, every year saw brewery growth climb at a higher percentage rate than the previous year. At the same time, major beer brands from AB and MC, while still dominating sales, were trending down while crafts began building on their meager footholds to grow by about 18% and even imports grew by nearly 7% (as compared to the overall market growth of just .5%).

You would be correct in assuming that such growth of craft and imports in a virtually flat growth overall beer market came almost entirely at the expense of the sales of beer from the big national brands like AB and MC (macro-breweries). Craft — not too long ago, barely a footnote to annual beer production charts — grew to 11% of the US beer market by 2014.

Perhaps in response to the growth of craft — or perhaps just because it’s good marketing — AB produced what could be seen as a “defense against craft” ad: Click Here for Video >>

Of course, retaliation ensued from a plucky craft brewery: Click Here for Video >>

The point is, since the repeal of prohibition, the beer landscape has undergone substantial changes and we have arrived at a point in time where the American consumer is faced with at least 13,500 beer brands from about 4,000 breweries; and the consumer’s appetite seems to know no limits. We’re currently enjoying a cornucopia of choice when it comes to our favorite libation — and all indications are for the number of choices to keep on growing.

For many local and possibly for even some regional beers, word-of-mouth “advertising” will probably be insufficient to keep attracting new customers. That is, word-of-mouth promotion will unlikely be enough to compete with the seemingly weekly arrival of new beers vying for both shelf space and shopper’s dollars.

Clearly in a market showing virtually no signs of saturation, beer sku’s — representing both new and existing brands — will only be able to survive, grow and prosper if retail promotions are tracked, measured and managed using digital tools that stimulate shopper demand and provide readily available point-of-sale (POS) marketing data to correlate to product movement data at both individual and aggregate retailer locations. The deployment of such tools will facilitate the analysis of retail promotional activities to see if POS initiatives are meeting sales objectives and ROI targets.

In other words: Since beer (and other alcohol beverage products) stands in the virtually unique position of being marketed at-retail using materials and campaigns developed and delivered by beer wholesalers, it can be concluded that the most successful brands (and distributors) will be those who encourage the adoption of currently available digital marketing tools to manage their promotional spending to achieve optimum ROI on their POS spending. 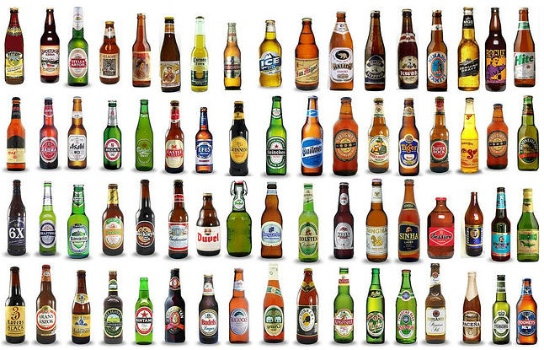