The Challenges of Marketing Craft

As early as 2017, there were caution flags being thrown suggesting that there was some danger ahead as the market for craft beer was showing signs of saturation. By 2018, craft beer sales were still growing, but percentage growth was telling a tale of an industry that was slowing.

By March 2018 Bart Watson, chief economist for The Brewers Association said, “Growth for the craft brewing industry is adapting to the new realities of a mature market landscape.”  He continued, “Beer lovers are trending toward supporting their local small and independent community craft breweries. At the same time, as distribution channels experience increased competition and challenges, craft brewer performance was more mixed than in recent years, with those relying on the broadest distribution facing the most pressure.” 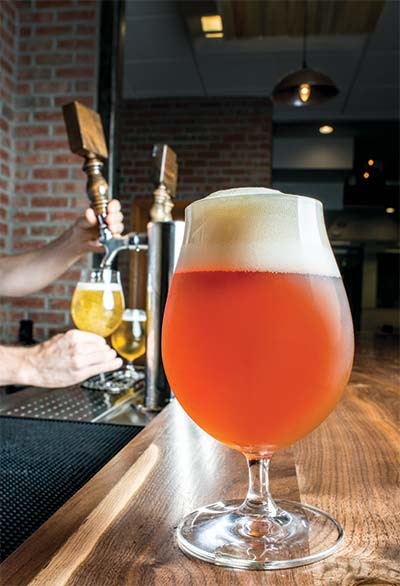 According to a Fortune article written a year earlier, March 28, 2017, to be exact, “The era of 18% growth rate is probably over,” Bart Watson, chief economist of the Brewers Association, said during a media presentation. “The industry is a maturing industry. Having those growth rates in an industry of this size is impossible going forward.” (source: Fortune.com, March 28, 2017)

Watson’s remarks were prophetic. Furthermore, almost unheard of just a few short years ago, were craft breweries shutting down. Here are some 2017 data that is sobering: In 2017 1,000 new craft breweries opened but “165 breweries went out of business up 42% from 2016” (source: The Washington Post.com, April 10, 2018).

The bottom line is that growth has been slowing for a while as the market for craft brews reaches saturation.

Given this decidedly less bullish outlook for craft, it should be noted that far from being “down for the count” that Craft Beer is still very much alive and well despite the headwinds facing new breweries who were hoping to become the next Sam Adams, New Belgium or Sierra Nevada. But, even those craft beer companies who are performing well currently need to make sure they do everything they can to remain competitive in a maturing and saturating market.

Several obvious ways craft breweries can remain competitive have to do with the beer itself — in other words, now is not the time to rest on past successes, past recipes, and past marketing efforts. For example, even if, as a brewer, you — previously — had never and would never consider brewing anything but IPAs, perhaps it’s time to think about introducing a “craft lager” (which is an area most craft breweries rarely consider.) If the choice is between surviving or not, maybe now is the time to produce a mass-market brew. Likewise, if you’ve previously done little or no POS marketing (with your distributors) because you enjoyed all the business you could handle based on word-of-mouth, now is probably the time you should strongly consider investing in some first-class marketing at-retail assets to help your distributors differentiate your beers in such a crowded market.

Think of POS marketing as a competitive advantage as craft breweries compete among themselves for taps at restaurants and bars — and, rapidly growing in importance, shelf space at retailers. But also remember that craft breweries also are up against massive macro-brewers that heavily wield their influence over the national distribution of beer sometimes (often?) crowding out smaller brands (“smaller” often is synonymous with “craft” of course).

Macro beers, partnering with their distributors, have become masters at using all sorts of marketing programs, but perhaps none are more important in lifting sales as POS. Why? Due to the changes in how media is consumed, POS is the only form of marketing that is visible at the time and place where a shopper can become a buyer — can become your customer. Moreover, studies have shown that POS is virtually the only type of advertising that is sought out by shoppers as they enter the beer aisle — indeed, thanks to technology, TV ads have become a casualty of your DVR’s remote “fast forward” button.

Here’s a (perhaps “the”) problem many craft breweries face regarding their “at-retail” (POS) marketing:

A few short years ago, when all the buzz was about the “latest and greatest craft beers to hit the market this week,” crafts succeeded based on some word of mouth and their widespread adoption by bars, pubs, and restaurants. Over time, due to the proliferation and now the growing saturation of craft, on-premise sales are simply not enough to “keep growth alive” without some — perhaps a lot of — additional focus at off-premise retailers.” According to an April 5, 2019 Beveragedaily.com article, “Brewers need to adjust their business models accordingly and plan their strategies around a much more competitive market.”

Ask yourself: Will an ad in a magazine or a series of thirty-second TV spots both work and be more affordable than at-retail efforts that will differentiate your craft beer from the dozens, hundreds or possibly even thousands of other beers on display at a local party source? Should you invest in a POS campaign (with the aid of your distributor, of course) that gets you more shelf space? In short, should you invest in a POS program that gets your beer noticed when the shopper is ready to buy or should you simply buy more — or any — TV spots? More and more products — especially beverages — are finding that the retail environment, i.e., the point-of-sale, should be the starting point for their marketing strategy.

Let’s face it, beer is one of those Consumer Package Goods (CPGs) where the shopper’s purchase path begins in the aisle when they’re about four feet in front of the product, not while reading a magazine or watching a TV show at home. TV advertising — let’s use the Super Bowl as an example — is one of the ways brands build awareness. However, most of us don’t buy a twelve-pack of Bud or Miller or your Craft Beer while watching TV. In fact, if the goal is to increase your market share and your sales, POS will be more effective since it increases your prospective customers’ product awareness when they are ready, willing, and ABLE to buy. If your goal is not to increase sales, stop reading — now.

Finally, it is important to be able to track and measure your POS initiatives to be able to gauge their effectiveness (your ROI). POS’ success, unlike all other forms of advertising, is judged by “the increase in sales.” To be clear, TV ads are judged by “how many eyeballs” were potentially looking at the ad as it was shown during a TV program (see “fast-forwarding DVRs” for more insight on this).

Craft Beer, now, more than ever before — due in no small measure to “Craft Saturation” — needs to emphasize and focus on the power of POS. Both distributors and breweries need to work together and step up the investment in POS assets, initiatives and POS tracking, measuring and managing because the most valuable, most important, and most likely place to convert a shopper into a buyer is at-retail, in the store, i.e.

Most retailers (and probably most distributors) will say that at-retail floor and shelf space is much more valuable than any TV or media advertising campaign if their goal is to increase sales — and that it is.

Craft Beer has been — pardon the pun — under-served by POS. Now is the time to start serving up POS marketing as a fortification against a maturing and increasingly competitive market for craft beer.