Is Paid Social Media a Good Use of Your POS Marketing Budget?

I have not been an advocate of corporate sponsored social media participation — especially for relatively inexpensive items such as a 6-pack of beer, or a bottle of wine or spirit.

My thought, regarding paid Facebook pages, is that they would probably be most useful for very expensive items, those typically requiring pre-purchase research and planning. Like big screen TV’s, riding lawn mowers or cars.

Finally, someone has come out and said it — social media ads, specifically Facebook in this case — don’t persuade consumers to buy cars. Of course I wonder, even if Facebook was effective at helping sell cars, how would GM ever know?  There’s only a very casual relationship between a Facebook ad and the sale of a new Buick, since there is really no way to measure the sales impact of the Facebook post. About the best thing that could be hoped for is that X number of visitors to the Buick Facebook page occurred last month and perhaps there was an uptick in the sales of new Regals as a result.

I would think, on the other hand, that relatively inexpensive items like beverage alcohol products or other, non-alcohol beverages would find little to gain from paid Facebook participation. I mean who is really going to research a beer, wine or spirit and then recall what they learned while they are in the aisle or on the bar-stool, and as a result, convert from shopper to buyer?

Have you ever taken the time to visit, let alone begin following the MillerCoors’ Facebook page?  As you might expect, their pages are little more than electronic advertisements.

Not many folks will even remember there was a new MillerCoors beer, and that they first learned about it on Facebook. What is more likely to happen is as follows:

The only conclusion I can arrive at is this:

The difference is, the effectiveness of POS promotions can be tracked, measured and managed. The same cannot be said for paid social media campaigns — they might work, they might not, there’s just no way to tell. 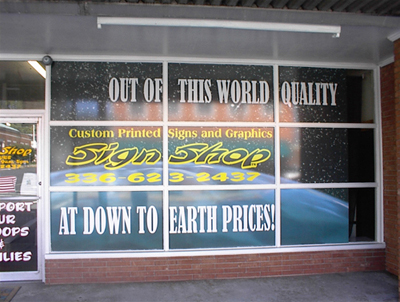