A Competitive Asset That Must Be Nurtured

There is at least some evidence that beverage alcohol companies, suppliers, wholesale distributors and retailers alike, think they’re in the entertainment business. While that’s not entirely a misrepresentation, the reality of the situation is that these companies really are in the business of manufacturing, distributing and marketing their brands and products.  Moreover, due to the three-tier system enacted with the repeal of Prohibition, each tier has its customers clearly identified, even if it is true that the end consumer, sometimes called the fourth-tier, is the ultimate customer.

Because of the laws associated with the three-tier system, each tier has had its core competencies largely identified and defined for it. In this blog, we’ll take a critical look at the middle-tier, the wholesale distributor tier — Its historic and current functions and its shifting competencies requirements.

A core competency, or primary function, of the beverage alcohol distributor is logistics. More precisely, distribution logistics — the delivery of suppliers’ finished products to the retailer.

Another core competency of the middle-tier is Marketing at-Retail. (Note 1)

This in large measure is due to the shifting of emphasis from traditional media marketing to at-retail, shopper or point-of-sale (POS) marketing and promotions. No longer are distributors simply in the business of order taking and delivery (demand fulfillment). Today, distributors are expected to generate retail demand; and one of the most effective marketing tools in a distributor’s arsenal for generating sales is POS Marketing (Note 2).

If you believe that POS marketing is one of a distributor’s most powerful marketing and sales tools, you should also come to the conclusion that the tracking, measuring and managing your POS marketing activities is, or should be, a core competency.

Since the repeal of Prohibition, beverage alcohol distributors have relied on POS materials (signage and displays primarily) to advertise the retail prices of the products they distribute. Yet beyond ‘price per’ and the mention of specific events or portrayal of seasonal themes, POS campaigns to this day have seldom been identified with any but the broadest of objectives - ‘sell more product’ or ‘improve market share’. Nor have these campaigns been designed and planned to meet these objectives. The ROI or impact of POS promotions is rarely measured.

How Did We Get Here?

Part of the reason for the current ‘ready, fire, aim’ POS marketing approach by distributors has been the availability of tools that only order POS, and the lack of tools to track, measure and manage POS.

This lack of using POS management tools starts with sales management practices that have been built over decades. Beverage alcohol distributors, often family enterprises, were said to be members of an apparently privileged club with a virtual license to print money. Distributor’s management teams, often made up of the children and grand-children of the founders, were resistant to change and most owners were the envy of many in their communities.

Over time, each successive generation has risked becoming less relevant and more obsolete due to their reluctance to adapt to change and adopt new approaches to running the business.  Yet, due in large measure to distributor’s protected territories and franchise laws that favored distributors over suppliers, these operators made good money — even as they continued to become less and less relevant with each passing year.

Where Are We Going?

Today, due to years of living and defending the status quo, some distributors are again facing the threat of another round of involuntary consolidation — or perhaps worse, atrophy (Notes 3, 4). Meanwhile new brands and products continue to be introduced into what many already believe is an overcrowded market. Suppliers, looking for both increases in sales and a reduction in marketing expense, are unwilling to continue the free-spending POS allowance practices of yesteryear. Suppliers are requiring their distributors to be accountable for POS marketing spend. Suppliers want their distributors to tell them what POS campaign dollars were spent on their products and what the sales impact was of that spending.

It’s no wonder that many beverage alcohol distributors, who want to retain and grow their POS competitive advantage, are adopting new POS marketing tracking technologies they believe will cut costs and increase POS marketing’s effectiveness. Once the decision has been made that POS is not simply a cost of doing business, but rather is a core competency crucial to the long-term survival and success of the distributor, the more quickly the distributor can begin to use POS as the competitive tool to retain and grow market share.

There Is a Solution

Start treating POS as more than signs, displays, samples and menus. Start now by considering your POS tracking as a core competency for marketing. Research and adopt software technology for the management of your POS initiatives with as much focus and care as you researched and adopted your distribution logistics software applications. Look for POS management software that is at least an order of magnitude more than a sign order-pad; and look for features that allow you to correlate product sales to attributes such as POS type, size, placement, retention, ethnicity and cost — The economic and measurable characteristics of POS.

To learn more about these types of technologies from OnTrak Software, please click this button: 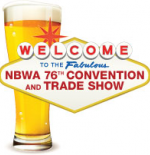 Note 2: “Making the Most of the Moment of Truth”; Millward Brown, July 2006 - http://www.millwardbrown.com/Libraries/MB_POV_Downloads/MillwardBrown_POV_MomentOfTruth.sflb.ashx