POS Marketing - The Right Place at the Right Time

The Impact of “Smart Technology”

Have you bought a new “smart” TV, or Blu Ray player recently?  Did you give or get an iPad, Kindle Fire HD, or other similar device for Christmas?  Is your mobile phone classified as a “smart phone”? How much TV (broadcast or cable) do you watch live vs. DVR’d?

Unless you’ve gone “off the grid”, you probably know that the first three questions, if answered in the affirmative, suggest your “TV viewing” habits are shifting or already have shifted. The shift to using ‘smart devices’ for content viewing has been going on for a few years, but in the last couple of years has really picked up steam. In fact, last year was TV’s worst year in a long time, perhaps ever.

Here’s a sobering fact: with but a few exceptions, there has been nothing but negative growth on broadcast and cable TV for almost three years.  Research has shown that the decline in subscriptions to cable TV — since 2010 — has exceeded 5 million people.

We are experiencing a period where there is a shift to mobile devices and ‘digital viewing’ and away from traditional broadcast and cable TV. These digital devices (including smart TVs) allow the audiences to watch whatever they want to watch, whenever they want to watch it.  Typically, too, the on demand programming allows viewers the ability to watch 60 minute TV shows in about 45 minutes since most and sometimes all of the commercials are cut out of the on-demand versions of programs.

Other technologies such as pervasive and free Wi-Fi are also contributing to the decline of TV viewership — as almost anything can be watched anytime, anyplace and, as mentioned above, often commercial free.

The Impact on CPG Advertising

As if the declining reach of broadcast and paid TV signals isn’t enough bad news for Consumer Packaged Goods (CPGs) suppliers and manufacturers (who have relied upon ever increasing TV viewership to promote their products), consider that studies have shown that most people prefer commercial-free content when watching “TV” programs — even if they have to pay a small fee to watch content without commercials.  Clearly this reality will impact advertisers’ willingness to pay for advertising — especially since the consumer perceives the quality of paid, commercial free content is superior to the content delivered for free but with commercials.   Finally, it should be noted that the age group that has increasingly stopped watching “commercial-TV” (free TV) in favor of Internet or Digital Content video is the most highly coveted group, the Millennials (people born since 1980).

Yet, even in the face of the facts — that traditional broadcast and cable TV are declining in both reach (audience size) and richness (impact) — advertisers are still being steered into purchasing TV commercials as if they were both the most efficient and most effective marketing approach to persuade an audience to buy manufacturers’ CPGs. Of course advertisers are encouraged to purchase TV commercials because there simply isn’t alternative media that can put advertisements in front of as many potential customers — or so it is claimed, as if potential reach alone was justification for spending what often seems like governmental sums for a handful of 30-second commercials.

CPGs of all stripes are anxious to find ways to reach consumers where and when the marketing message will likely have the most impact and influence on their buying habits. Despite some advertising agencies apparent vested interest in selling, producing and scheduling TV commercials, those agencies who place their clients’ interest first know that the best way to “move markets” is to place marketing messages and advertising campaigns where the customers are at their most receptive — at the point of sale (POS).

POS marketing (often simply called “POS”) is currently in the most fortunate position of being in the ideal place and time for a broad variety of brands and products. Indeed, POS is where the customers are at the time and place when they are shopping and ready (and wanting) to buy.  For somewhat obvious reasons, beverages jump to mind first as a category of CPG’s that will benefit most from POS materials. That may well be true, but many other items including electronics, food items, most household products and even autos are examples of items that are excellent candidates for POS marketing.

Increasingly suppliers, wholesalers and retailers are discovering that rather than spending large sums on traditional media buys, POS spending is proving itself to be able to attract more shoppers when they are ready to become buyers.

From our perspective, when it comes time to actually measure the impact of a marketing campaign, traditional media buys are typically limited to the metric “CPM” or cost per thousand impressions or views. Essentially this measurement assumes that what is needed to determine the impact of traditional media advertising is the reach (how many people in the market saw the advertisement) of the message. Often the time between when a TV commercial is run and any subsequent reaction is possible, let alone probable, is too great to form much, if any, correlation between the advertising event and a sales bump.

POS marketing, in contrast, can be measured much closer to the time of placement to determine the impact of the message and effectiveness of the POS type. Using software tools, POS marketing materials can be tracked, measured and managed to determine the correlation between the POS placement and sales increases and to allow for the calculation of ROI.

The decline of conventional media and ultimately the inevitable decline of traditional media marketing continue to elevate the importance of POS marketing. POS marketing management tools available today, such as those offered by OnTrak, enable CPG suppliers, distributors and retailers to optimize their marketing at-retail campaigns for maximum ROI. 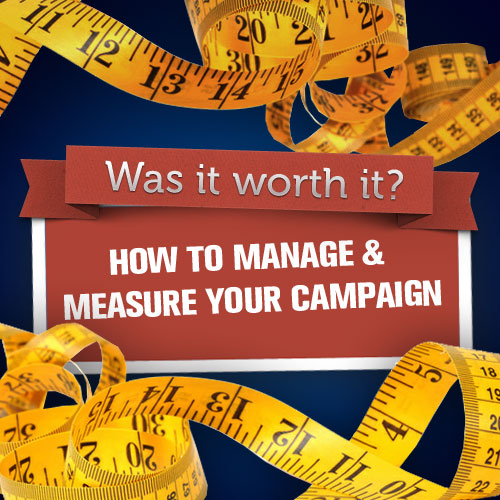 “The Death of Television May Be Just 5 Years Away,”

“The Death of TV: 5 Reasons People Are Fleeing Traditional TV,”

“Delivering the Promise of Shopper Marketing,”

“The most important shopper marketing trends to watch,”

“Marketing in the Digital Age; Winning with Data & Analytics,”

“The Impact of Point-of-Purchase Advertising on Consumer Buying Behavior,”