2017 NBWA – Standing Up for the Independent System 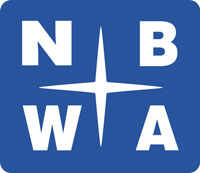 This year's outgoing Chairman of the Board, Paul Bertucci of F.E.B. Distributing Company in Mississippi, opened the convention. According to Bertucci, he has witnessed changes coming faster than ever before. As if on cue, he noted Amazon’s new status as a “Brick and mortar retailer with a license to sell beverage alcohol.”

Overall, Purser was upbeat, noting that: “We’ve seen challenges to beer and the three-tier system before.” Costco attempted to undo state alcohol regulations and of course there was the takeover of Anheuser-Busch nearly 10-years ago with the concern being AB InBev would try to buy up distributors and attempt to self-distribute their products.

Heineken USA’s top man noted that, “Beer is losing 11,000,000,000 servings to wine and spirits annually". In response to the implied question, “What are we to do?,” one answer given was to focus on beer marketing to be more inclusive of women, for example. Other speakers cited lack of shopper insights.

To our ears, this means implementing systems that give beer distributors the capability to track, measure and manage POS marketing data – which just happens to be our core competency and strength.

This year’s NBWA convention, our 11th, was the most “exciting and excited” meeting yet. We’re looking forward to what the next 10-years has in store – here’s to “never a dull moment.”

According to Rick, “Over the past 10 years, I’ve seen beer distributors – especially small and medium-sized distributors – much more rapidly embrace new technologies, including smart conference rooms, warehouse management, green energy, and, of course, both state-of-the-art back-office and point-of-sale tracking and management systems.

He adds, “Now, most distributors, regardless of size, innovate new technologies at the same pace – it’s not just the big distributors who do this.”

2007 – The Great Recession and Consolidation

Back then we had one product – also called SignTrak – and perhaps a half-dozen customers. We attended as many NBWA breakout sessions as we could, and set up our booth in the trade show pavilion to introduce ourselves to America’s Beer Wholesalers.

On the one hand, many previously viable small and medium-sized distributors found themselves facing a choice of almost certain failure or “consolidation”. What that really meant was they would sell their family-owned businesses for the highest possible dollar they could get during perhaps beer sales first-ever negative sales growth periods.

2009 – Growth in Distributors and Breweries

By early 2009, the NBWA was celebrating “over 2,850 licensed beer distributors” and they were also welcoming and celebrating more than 1,400 breweries to Craft Beer Week.

Brewing and distributing were still changing in response to the Great Recession, despite the fact that by June, 2009, the recession was “officially” declared over. Through first quarter of 2010, nearly 9 million jobs were lost.

At the 72nd NBWA convention in 2009, NBWA President Craig Purser talked about the impact of the economic downturn and the political changes had on the beer distribution industry. “While corporate America has used the economy and their challenges to make significant cuts, beer distributors have sustained the 95,000 quality jobs across this great country. Why is that? I think it is because beer distributors know that employees are their strongest asset, and because distributors understand the importance of doing the right things during difficult times,” said Purser.

“Unintended or not, actions by our largest brewers that confuse and blur the lines between the three tiers of our system, like in Illinois, or seek to preempt state franchise law, like in Virginia, serve to weaken confidence in our long-term partnerships and undermine the distributor’s independence that is central to our mutual long-term health.”

One year later, at the 76th NBWA convention, one of OnTrak’s largest customers, DeCrescente Distributing Company, was named “2013 Craft Beer Distributor of the Year.” 2013 was the beginning of a “surge” in NBWA Annual Convention participation when a record audience of nearly 4,000 Convention attendees was welcomed to the General Session by NBWA CEO, Craig Purser, who said: “Your presence here shows the great energy that is fueling the beer distribution industry right now!”

By 2015, at the 78th convention, NBWA President and CEO Purser highlighted how distributors can prepare for the future, especially in a dynamic industry operating in a marketplace “evolving right before our eyes.” 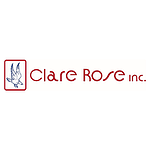