Social Media vs. Point-of-Sale Marketing - Use the Right Tool

Use the Right Tool to Increase Sales

Recently, while we were meeting with a large beverage wholesaler, the topic of Social Media as a marketing tool came up. The company’s representative described two types of customers he sees in the market today:

It seemed clear that this person was probably a true believer in Social Media as one of the key forms of product promotions. Never mind that when we checked on Facebook and Twitter that there hadn’t been anything posted on the company’s Social Media pages since last year; and that most of the handful of posts were more than two years old.

The State of Social Media

Despite this somewhat limited evidence of meager Social Media involvement between a beverage distributor, its products, and its shoppers, buyers and consumers, we decided we would dig deeper and embark upon a bit of secondary research to see what the state of ‘Social Media’ is with respect to promoting and increasing product sales.

My bias going into the research on the subject of the influence of Social Media upon beverage buying was that there would be much written about the many benefits of social marketing in increasing brand awareness and, more importantly, product sales. I thought I would find a whole host of reports based on primary research that would indicate Social Media was one of the new powerhouses of promotion, and that any Consumer Packaged Goods (CPG) company of substantial size and success would be a “member of the faithful” with respect to their belief and practice in the importance of Social Media as part of their overall marketing strategy.

Here is what I discovered.

Many, if not most, CPG companies do participate in some way in Social Media — from Facebook to Groupon to Twitter among others — and have been doing so for at least 2+ years. (Note 1)

Naturally, Facebook has touted its abilities to connect people, products and places. Others such as Groupon and LivingSocial also suggest their ability to drive sales through purchases of discounted goods and services via their email campaigns and websites.  Even Angie’s List is arguably in the social buying game. My take on Angie’s, however, is that it has more in common with Consumer’s Reports than it does with social shopping or buying sites.

It is true that we’re clearly in the early stages of Social Media with respect to its ability to entice someone to visit a retail store, shop and buy a CPG product, such as a beverage product. The last two years of chest pounding and promotion proclaiming the ‘power of social’ for shopping and spending has been mostly underwhelming and disappointing. (Note 2)

One of the few Social Media outlets that do show a decent conversion to shopping behavior is Pinterest (http://about.pinterest.com). However, some social marketing experts regard Pinterest as merely a web-based shopping list, something more on the fringes of Social Media.

Meanwhile, during these same two years, we’ve seen a steady increase in the adoption of POS Marketing promotions (shopper marketing).  As noted in the previous blogs, often this has been at the expense of other forms of marketing, notably traditional broadcast and print. We’ve even seen some instances where Social Media budgets were cut, but it appears this may have been temporary cuts in response to the Great Recession. (GM at one point in the last few years indicated it was cutting back on its Social Media budget, for example).

Overall, it appears that it’s too soon to celebrate Social Media as the Messiah of Marketing it promised to become only a few years back. But this does not suggest you should ignore it. Perhaps a prudent and affordable approach would be to use it sparingly to drive traffic to your website rather than to invest in Social Media primarily for the purpose of increasing sales.

Currently POS Marketing is a much better choice than social media if your mission is to increase sales.

Of course, we would advise that you can make the most of your POS investments if you track, measure and manage this powerhouse of promotion. 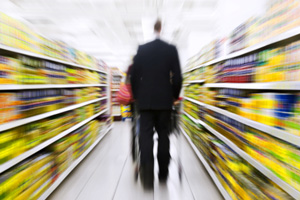