Remain in Compliance with Regulations Regarding Placement and Removal of POS 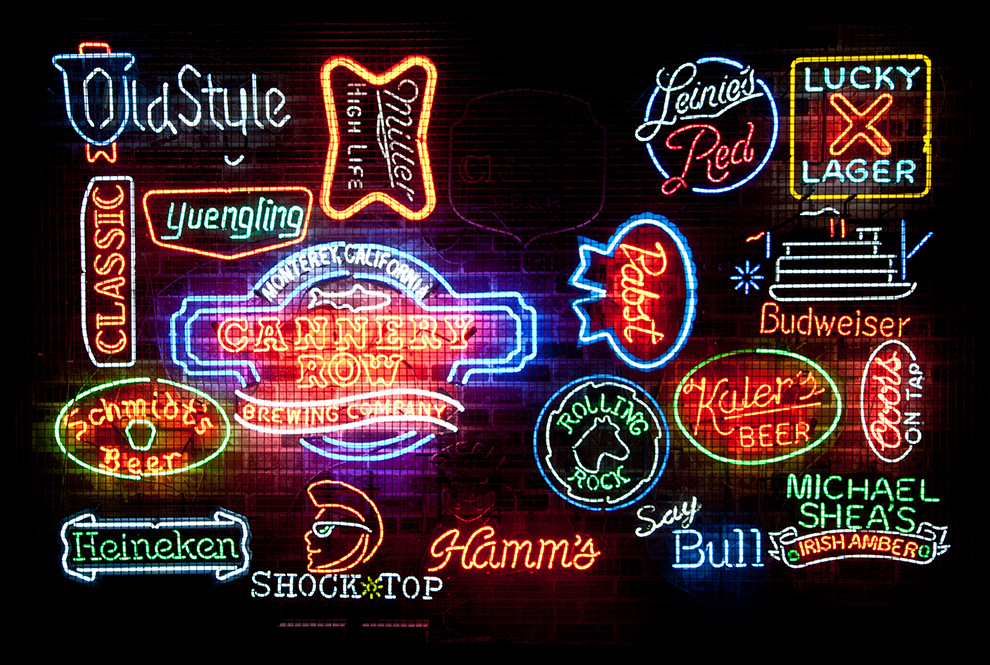 In 2007, one of our largest customers, who happened to be in Arizona, asked us to develop a solution to help them keep track of one of their largest — and out of control — balance sheet items: Permanent Point-of-Sale marketing materials (POS). Our customer had been using SignTrak to help them with the tracking (ordering, fabricating and placement) of temporary POS materials, such as signs, cooler-wraps and displays; and, since these items were constructed in their sign shop, put on display at retail locations for a week or two, then thrown away, these temporary POS items were treated solely as an expense, never showing up on the balance sheet.

What We Have Learned From Our Customers

Permanent POS items — including neon signs, tap-pulls, mirrors and other not made by the distributor promotional items — are purchased, inventoried and loaned (sometimes for long periods of time) to retail outlets, bars and restaurants. What we learned almost ten years ago was that there was yet another classification of POS: “Display Enhancers.” Inflatable beach chairs, huge umbrellas, beach balls, outdoor grills, surf-boards and even replicas of life-guard’s chairs, snow-boards and skis, among other items, are examples of props that are used to “enhance” a seasonal display.

What we quickly learned was that the total spending on all classes of POS often vied with the price of diesel fuel for a distributor’s second-largest expense item behind payroll. We also learned from distributors of all sizes that the balance sheet item representing both permanent POS and display enhancers could very likely grow into the millions of dollars after a few years and for some large distributors, the total investment in permanent POS could, in a remarkably short time, become an eight-figure item.

It made sense, knowing what we had learned in our early years in business, that PermaTrak became as popular as SignTrak first with beer distributors then, increasingly with beer, wine and spirits distributors, too.

Fast forward to 2016 and we added yet another feature to PermaTrak that might just save a beverage alcohol distributor a small fortune in fines and another similar expense by reducing the amount of “lost” or misplaced POS.” 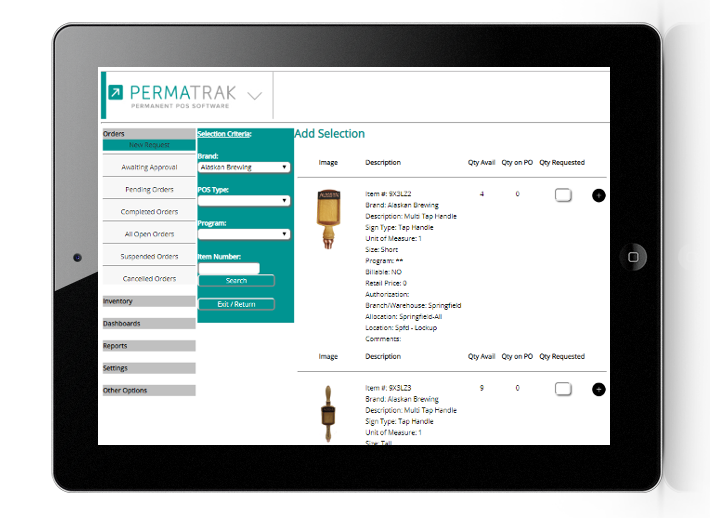 The Impact of Industry Regulations

Both nationally and in many states, the Alcoholic Beverage Commission (ABC), National Liquor Law Enforcement Association (NLLEA), Federal Alcohol Administration (FAA), Alcohol and Tobacco Tax and Trade Bureau (TTB) and other “alphabet” government agency regulations dictate certain beverage alcohol POS — “Display Enhancer” — items can only be on display for a maximum period of 30 calendar days and must then be removed.

Since 2007, PermaTrak has included a feature that keeps track of the location of such Display Enhancers, and provides reporting tools for monitoring whether Display Enhancer items have been pulled from the retailer locations. Increasingly, this feature alone is proving inadequate to answer regulatory and other agency inquiries regarding what happens to these Display Enhancers after the maximum 30-day display period.

Responding to Our Customer’s Needs

In response to distributors’ and retailers’ need to assure that Display Enhancers are in compliance with government regulations regarding the 30-day display constraints, a new screen — displaying a form that can be saved, printed or transmitted electronically — was added to PermaTrak.  This screen includes the ability to capture the signature of an authorized manager at the retail location where your Display Enhancer has been placed.

Of course, another use for the reports is to discourage the “loss” of expensive Display Enhancers. For example, expensive beach chairs, umbrellas and even usable charcoal grills have, in some cases, been misplaced or even taken home by the retailer’s staff members who often assumed these items were “gifts” from the wholesale distributor that would be thrown out once the promotion period had passed.

The addition of the signature capture, receipts and compliance reports allows for keeping the necessary tighter track of expensive Display Enhancers and also can be used to demonstrate compliance to regulators, potentially eliminating or at least reducing the incidence of what have become steep fines that are levied against the beer, wine and spirits distributor for POS infractions. In some cases, these fines can grow from tens of thousands of dollars per incident to over one-hundred thousand dollars for multiple infractions.