Craft Brewery Marketing: Now’s the Time to Rise to the Occasion with POS Marketing 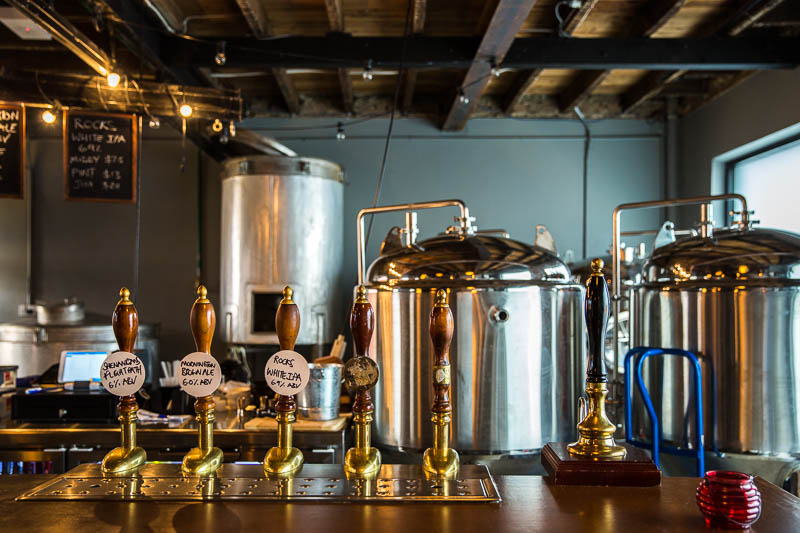 The craft beer industry managed to pass another significant milestone in 2017, according to just-released statistics from the Boulder, CO-based Brewers Association (BA).

For the first time in the industry’s history, the total number of breweries in the U.S. passed 6,000, with more than 98% of those fitting the BA “craft beer” designation of small, traditional and independent.

“Craft brewers continue to thrive, if at a slower pace, fueled by a passionate community dedicated to bringing innovation, jobs and beer across America” said Bart Watson, chief economist, Brewers Association. “Today, 83 percent of the population lives within 10 miles of a local brewery, meaning that the positive impact of breweries is being felt in communities all over the country.”

Watson refers to the “slower pace” of industry growth that was reported for 2016 (statistics for 2017 not being available yet), which is a topic of concern for some breweries, especially mid-sized regional craft brewers.

After years of steady 10-15 percent growth by volume, the craft beer industry grew 6.2 percent by volume in 2016, signaling that it was apparently beginning to reach some level of maturity/saturation.

Still, the growth is impressive when one looks at the beer industry as a whole, which has been contracting rather than growing, losing market share to wine, spirits and non-alcoholic alternatives. The slowing of overall volume growth, coupled with the increasing number of breweries, suggests that more than ever, the craft breweries that are now opening may need to consider a different go-to-market approach.

We have reached a point where we have national, regional and local breweries all requiring distribution, marketing and selling organizations to stimulate and support their growth.

Up until now the market’s “thirst for more” has meant that almost every craft brewery that came to the market had some success.Those who succeeded often did so without investing heavily in marketing initiatives, point-of-sale programs and cents-per-case allowances for distributors.

Perhaps now, as the saying goes,

“All good things [eventually] come to an end.”

Craft Beer: Headwinds on the Horizon

How can this be?

Of the more than 6,000 “Craft Breweries,” many of them are micro-breweries and brew-pubs. There may be hundreds of these who will only be local or regional “hits” and their success may be limited. Some with world class brews may never be known.

There are thousands of craft breweries that aren't affiliated with, and are unable to get their brands placed at restaurants and bars. Part of the reason is that a lot of craft breweries haven't been able to convince distributors to pick up their products.

Many folks have been saying — Even a great beer, with inadequate marketing, will find it difficult to be successful.

Indeed, it is likely that a simply good beer, with very good marketing, actually stands a much better chance of making it, even though the beer is nothing remarkable. You probably know of at least one.

The problem is that there really are a lot of very good to great beers that were produced by "beer masters" who really didn't know how to connect with distributors.

Some craft brewer might fall into a "self-distribution" trap. The odds are good that even if you can distribute successfully to your local market, going beyond will be very expensive.

Distributors are really quite good — AT DISTRIBUTING.

Also remember, at some point the three-tier system may bite you in the wallet.

To find distributors, brewers need to understand that there is more to building a successful beer brewing business than just creating and building a brewery to cook up your unique hop-heavy or full-bodied lager recipe.

It’s no longer true that "If you can brew a great beer — distributors will come."

Here is the hard truth:

To be a successful brewery, you must win over distributors.

Don’t think courting distributors, who are themselves beer aficionados, is enough to make your craft brew a success.

Here at OnTrak, we've been pushing the idea that, as a craft brewer, it really is important that you build your branding and marketing capability. It is also critical that you ramp-up a sales team and implement "rationalized" pricing.

Finally, since it is highly unlikely that you will be able to afford "traditional media" advertising, you must commit to building a robust point-of-sale (POS) promotions capability. Undertaking these steps will answer the question every distributor wants answered:

"What will Your Brewery do to make Your Brands successful for us?"

Craft brewers who will build their brands, their sales teams and, we believe, at least of equal importance, their retail promotions (POS) strategy and execution, will achieve greater success at finding distributors who will not only carry their brands, but will earnestly promote them.

This will give your "Best Craft Beer in the Whole Damn World" a fighting chance.

If all you do is brew the "world's best beer," you probably won't make it.

But couple your unique recipe with some equally great marketing and retail promotional materials and offer the distributors some incentives to use them, and you just might make it.

Of course — and, unfortunately — it is also possible that some Craft Brewers will learn what steps are required for success and will choose not to take them.

If you’re interested in learning more about how OnTrak Software helps beer, wine and spirits wholesalers determine the impact of their investment in POS marketing campaigns, please call 513-936-4041, or click the following button:

To request a live, 30-minute demonstration of any of our software products, click this button and select one or more of the following products: SignTrak, PermaTrak or SampleTrak: